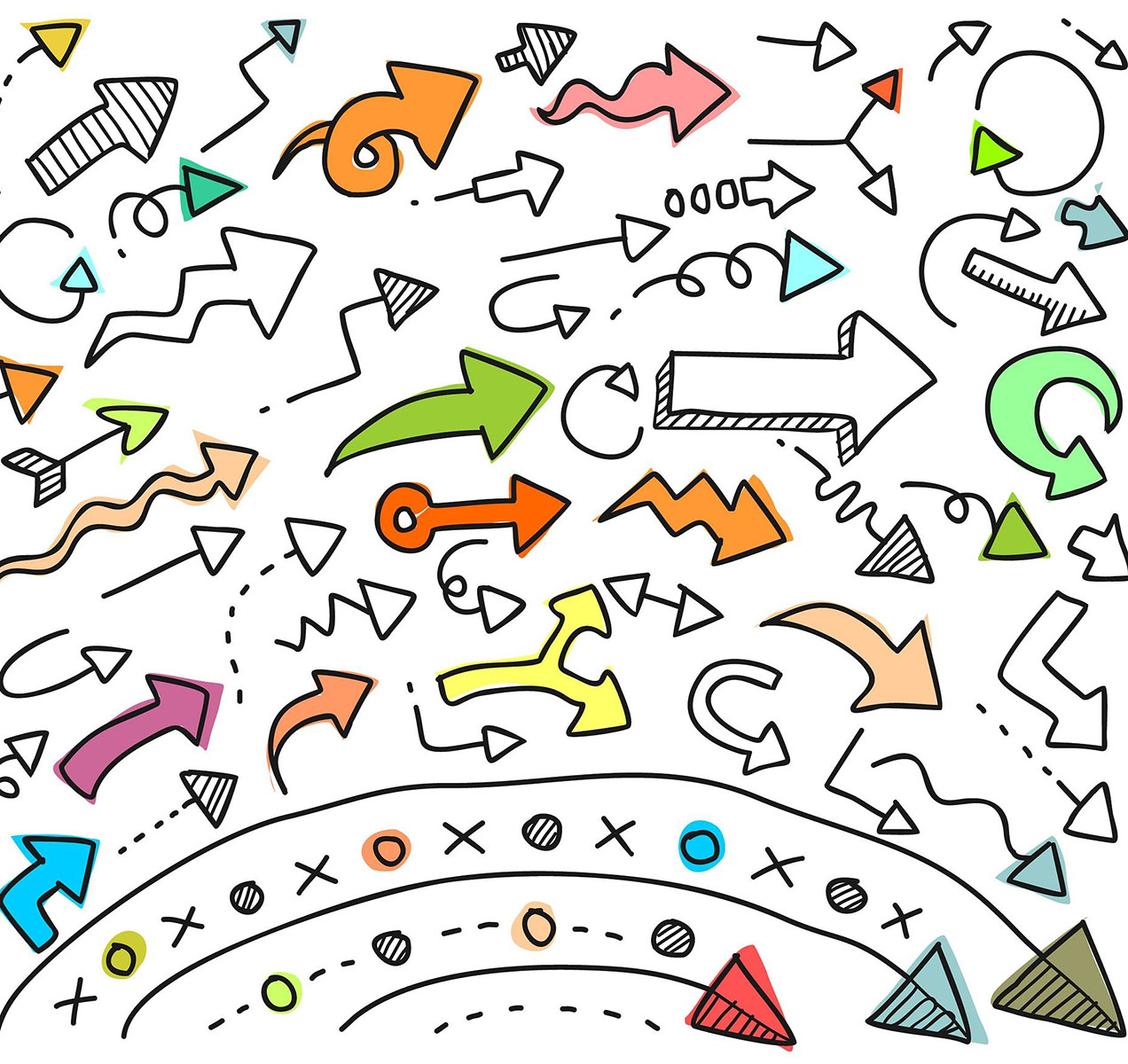 Pointer and references – what a dry topic! So, why did I write a whole post on this subject? In my experience, not only absolute beginners occasionally have problems with it, especially with the use pointers. Therefore, I have tried to present the topic systematically, understandably and with many example sketches. This post is probably still challenging readers with less experience. But from my point of view, learning how to use pointers is worth the effort because you can’t avoid the subject and because it is essential for a real understanding of C++.

In addition, this article is intended to form the basis for the follow-up article, which will deal with the SRAM.

What is a pointer?

Before we get to the question of what a pointer is, let’s take a step back: What is a variable? A variable is a reserved place for data that you can change during the execution of the program. A variable has a name, a data type, a specific address and a specific value. The data type determines the memory space to be reserved.

A pointer is also a variable. However, it is special in that its value is the (initial) memory address of another variable or object. So, the pointer does what its name suggests: It points to something else.

When defining the pointer, the data type of the “target” must be specified. Without this additional information, it would not be known at which address the target ends in memory and how to interpret it.

Since these explanations are very theoretical, let’s have a look at a practical example.

And this is the output:

Explanations to the sketch

First, the integer variable iVal is declared and assigned the value 42.

However, at the time of declaration, we have not yet defined where the target is, i.e. where the pointer points to. We achieve this with iPointer = &iVal;. iPointer then points to the address of iVal. The character & is the address operator.

If we now change the variable iVal, it is still at the same address. Therefore, the instruction iVal += 4200; has no effect on iPointer, but it does on its target value *iPointer.

I wrote the following sketch to expand on the topic:

A hint that has nothing to do with pointers: With so many Serial.print("text") instructions, consider switching to Serial.print(F("text")) to save RAM at the expense of flash (more on this here). I have consistently refrained from doing so to focus on the essentials.

Back to the main topic: before we get to the explanations, here is the output I got when using an Arduino Nano:

In line 21, *iLongPointer is incremented. As you can see, this changes the value of iLongVal. This is basically unsurprising, since iLongPointer points to iLongVal.

Using iVal as an example, let’s look in detail at what makes the difference between the variable itself and a pointer to it. Then value of iVal is 4242 and iVal located at memory address 2298. 2298 is the starting address. The size of iVal depends on the data type and the microcontroller used. To get the address of iVal, we use the address operator &. To output the address, it must still be explicitly converted to an integer, e.g. like this: (unsigned long)&iVal.

iPointer has its own address, namely 2296. The access to the address works the same way as with iVal. The value of the pointer, i.e. what you read at its own memory address, is the target address (i.e. the address of iVal), namely 2298.

In the following lines of the sketch determines the space needed for the different integer types (int, long, long long). On an ATmega328P based Arduino these are 2, 4 and 8 bytes. “Homework for you”: run the sketch on an ESP32, ESP8266 or SAMD board and see the difference.

The addresses of the integer values have a size of 2 bytes on an ATmega328P based board. This corresponds to the space required by the pointers. So it doesn’t matter how big the object the pointer points to is – the memory needed for the pointer is always the same.

As you have seen, you can output the value of a variable by dereferencing the pointer to the variable with the * operator. But would it be possible to read the content of the memory at any address? The answer is: Yes and No! Reading the memory itself is no problem – but up to which address? And is it a character or an integer or a float?

You simply have to know the type of the data to be read. The reading is done indirectly using a pointer. Here are the instructions as pseudocode:

In words: 1) Define a pointer and apply the correct variable type, 2) Assign the address to be read to the pointer, 3) Access the value by dereferencing the pointer.

The following sketch plays with this a bit by interpreting the content of a memory area in different ways.

First, we define the variable iLongVal so that we have something to read. The variable extends over four bytes (on an ATmega328P board). In the next step we read all four bytes individually, then two each as integer and again all four as long integer. Finally, we read a single byte and interpret it as a character. As you will see, the value of this byte is 0x57 and that is a “W” according to the ASCII table.

The structure of the content of the memory area under consideration becomes clearest when using hexadecimal numbers. Here is the output:

The practical use of this approach is very limited because we should know what we have written where in the memory. Sorry that I share this only now 😉 . However, I thought that this would be quite useful to further deepen your knowledge about pointers.

Strictly speaking, in the field of microcontrollers / Arduino one means C arrays when talking about arrays. In C++ there is the much more comfortable class vector. That C arrays are used anyway is simply a matter of limited resources. C arrays are faster and require less memory.

When you define a (C) array, the name of the array is also the identifier of the pointer to element 0 of the array. This is easier than it may sound. It just means that instead of anyArray[0] you might as well write *anyArray.

The following sketch plays a bit with the pointer properties of arrays:

Here is the output first:

With the knowledge, you have about pointers by now, the output of the sketch is probably not a complete surprise. Nevertheless, at least two aspects are noteworthy:

References are considerably easier to understand than pointers. A reference is simply a different identifier for the same object. An alias, so to speak. The only confusing thing is that the & character is used again when defining references. With int &x = y you create the alias x for the integer variable y. This is not to be confused with the already known int x = &y, which assigns the variable x the value “address of y”. The character & is also called reference operator, which is more appropriate than address operator in this context.

Here is a simple example:

After we have created an alias for iVal called iRef with int &iRef = iVal;, both identifiers can be used for the same variable. All changes to iRef affect iVal equally and vice versa because iRef is iVal.

Pointers and references play a major role in parameter passing to and from functions or objects. This is where their advantages really become apparent.

“Call-by-value” refers to the “normal” parameter passing to functions or objects, i.e. the way of passing that is usually learned first. Here is an example:

The variable iVar is passed to the function passAsInteger() and doubled there. The sketch outputs the value before passing, within the function and after return to setup. The output should not come as a surprise:

When passed to the function, a copy of iVal is created in memory. The copy is deleted after return from the function, and the original iVar remains unchanged.

The situation is different if we pass the parameter by reference. All you have to do is prefix the parameter with the referencing operator & in the receiving function:

The function uses the original with a different identifier. Accordingly, the variable remains changed after returning from the function.

Passing variables by reference has the advantage that it is not necessary to create a local copy. This saves time and memory.

Too many return values?

There is another advantage. Sometimes you want to process multiple variables in a function and use the results after returning from the function. Passing and processing are unproblematic. However, in C++ you can only return one value. We get around this problem by passing the variables by reference.

Here is a small example:

The sketch swaps the values of two variables. This would not be possible with call-by-value. Here is the output:

If you want to pass a parameter by reference, but do not want to change it in the function, then it is a good idea to prefix the parameter with the keyword const in the receiving function. This makes the code clearer and protects you from your own mistakes.

Alternatively, you can work in the function with a pointer to the variable to be edited. This should then be called “call-by-pointer”. However, since the term is unusual, I have put quotation marks around it.

When you call the function, you prefix the parameter with the address operator. In the receiving function, the indirection operator is used:

Here, too, we work with the original variable within the function. Therefore, the variable is changed permanently:

I would generally prefer the call-by-reference method. However, when passing arrays, we are automatically using the “call-by-pointer” method.

And here is the output:

I think that with this post I have covered the most important aspects on the subject of pointers and references. But more important is what you think. So if there are any open questions or things are unclear or misunderstood, feel free to let me know. Otherwise, I hope I haven’t completely confused you with this post.

I owe the post image to pencil parker on Pixabay.